Google at I/O 2018 unveiled Android P Beta (aka Android P Developer Preview 2). The build is now available for Google Pixel devices, as well as devices from manufacturers that have implemented Project Treble. These include the Essential PH-1, Nokia 7 Plus, OnePlus 6, Oppo R15 Pro, Sony Xperia XZ2, Vivo X21, Vivo X21 UD, and Xiaomi Mi Mix 2S. Users of these devices will need to enrol in the Android Beta program, and will then receive the build via OTA in roughly 24 hours. Google at I/O 2018 also unveiled other new features coming to Android P with the latest Developer Preview 2 release, ones that were not revealed with Developer Preview 1 that was launched back in March.

One of the biggest new features that Android P Beta (aka Android P DP2) brings is Adaptive Battery, designed to give users a more consistent battery experience. Using AI and on-device machine learning tech from DeepMind, the new Android P feature adapts to your usage patterns to prioritise battery power for the apps and services you use the most. They are divided into ‘active, frequent, rare, and working set’, and then assigned different battery prioritisations. This, the company says, will help users squeeze the most out of their Android devices on a daily basis. A statistic shared is up to 30 percent reduction in CPU wake ups.

Also new to Android P is Adaptive Brightness. Google says while automatic brightness has existed for a while on Android, using ambient lighting conditions to deliver a one-size-fits-all optimised brightness, many users still felt the need to further adjust the brightness – almost negating the usefulness of the feature. Thus, Adaptive Brightness uses machine learning to adapt to not just ambient lighting conditions, but also user preferences and environmental conditions to provide a more optimal brightness level automatically, which you won’t need to adjust manually. 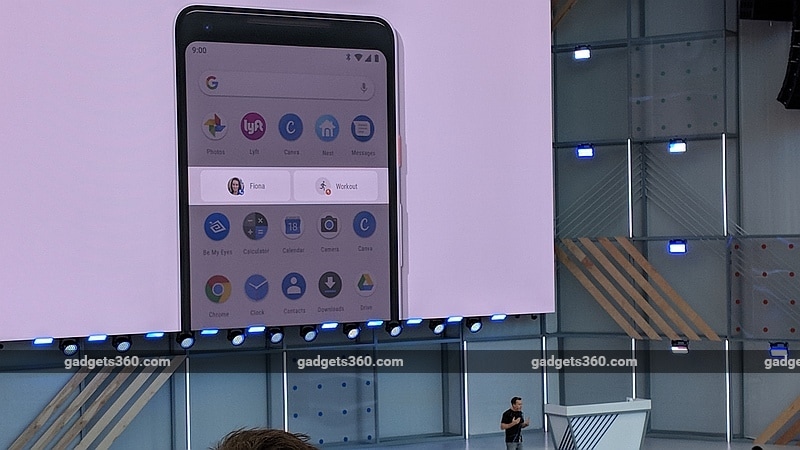 Google has also brought App Actions to Android P Beta – suggestions for app actions based on predictions what users will want to do next. Google provided an example, “Say you connect your headphones to your device, Android will surface an action to resume your favourite Spotify playlist.” The company added that Actions show up throughout Android in places like the Launcher, Smart Text Selection, the Play Store, the Google Search app, and the Assistant.

Part of App Actions is something called Slices. This meant to surface the part of the app “right when you need it most.” App Actions and Slices will become available in early access for developers next month. 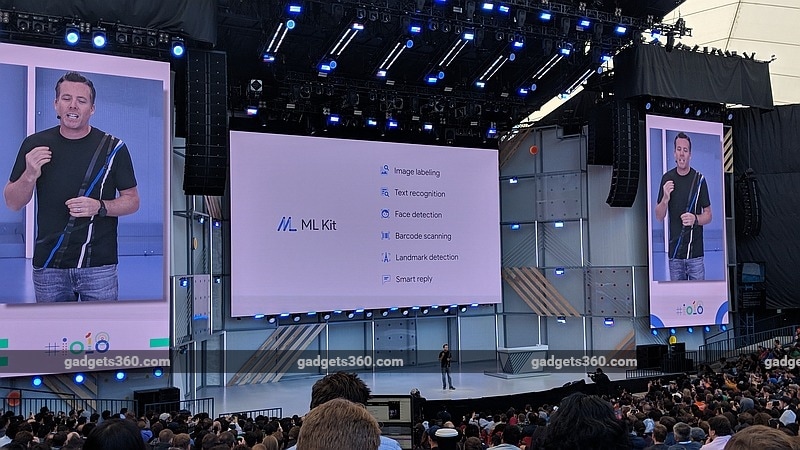 The company has also released ML Kit. Apart from helping integrate Slices, the kit will give developers on-device APIs for text recognition, face detection, image labelling, and more. The APIs are cross-platform (using Firebase), so they will work on both Android and iOS.

Also new in Android P Beta are efforts to make the operating system more simplistic, starting with navigation. This includes a new gesture that lets users swipe up on the home button to bring up a newly-designed Overview, which shows users full-screen previews of recently used apps. Smart Text Selection now also works on Overview, suggesting relevant actions based on the text you’ve selected. Also new in navigation is a redesigned Quick Settings feature, an easier to take screenshots, simplified volume controls, and a simpler way to manage notifications.

Android P Beta also aims to help users maintain their ‘Digital Wellbeing’, helping users prevent themselves from spending too much time on their Android devices. To help on this front, is a new feature called Dashboard, which shows statistics about how much time users are spending on their devices, broken down further into time spent on apps, how many times users have unlocked the phone, and how many notifications they’ve received. This is something that developers can help augment, by categorising user behaviour in the time they’ve spent in a particular app, and providing statistics to the Dashboard. 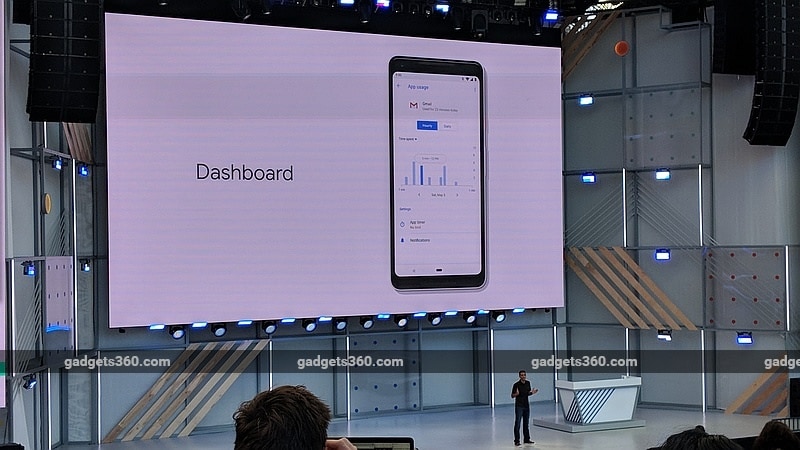 Along the theme of Digital Wellbeing, the company also unveiled features like App Timer, which lets users set time limits on apps, and nudging them when they are hitting that limit with little gestures like graying out the app icon. A new Do Not Disturb mode will advance beyond silencing phone calls and notifications, extending to suspending all visual interruptions that may pop up on the screen. A shortcut to this feature can be enabled – simply turning the phone face down on a table. The last feature introduced along this front is Wind Down, which at a preset ‘bedtime’ will turn on night mode, turn on Do Not Disturb, and fade the screen to grayscale, all in an effort to help you wind down and hit the bed.

Google added that Android P is set to get “hundreds of additional” features, such as security and privacy improvements including DNS over TLS, encrypted backups, Protected Confirmations, and more.

We discussed the most important things that Google did not mention during its I/O 2018 keynote, on Orbital, our weekly technology podcast, which you can subscribe to via Apple Podcasts or RSS, download the episode, or just hit the play button below.