We learned a lot about Super Smash Bros. Ultimate during the Nintendo Direct stream today. Let’s go over some of the biggest details. If you prefer, you can watch the whole presentation above.

Super Smash Bros. Ultimate releases for the Switch on December 7. The fighting game is one of the system’s biggest releases for the year, making it a huge part of Nintendo’s holiday strategy. Ultimate will include every character who has even been playable in the series’ history in its roster.

Simon Belmont from Castelvania and King K. Rool from Donkey Kong Country are the newest fighters. We also have new Echo characters (same moves as other fighters, but with a different look). Richter Belmont is an Echo of Simon. Dark Samus is an Echo of Samus, and Chrom from Fire Emblem is an Echo of Roy. Dracula’s Castle, based on where you fight famous villain, is the Castelvania stage.

The game will include 103 stages. Each of these levels will come in their normal forms, but you can also play them in Final Destination (one long platform) or Battlefield (one long platform with three smaller ones above it) modes. For the first time, stages can now transition to other levels in the middle of a match. You can also turn of stage hazards in the options.

New Donk City Town Hall from Super Mario Odyseey is a new level. Many old stages, like Fountain of Dreams from Kirby and Gamer from Wario Ware, are returning.

Ultimate will have 800 music tracks (900 if you include things like menu songs), with a total of more than 28 hours of music. In past games, each stage had a selection of possible songs. You could edit how frequently each tune would appear. Now, the game organizes songs by series. So if you’re playing on a Kirby level, you can choose any Kirby song. You can also listen to the music in a Sound Test mode. 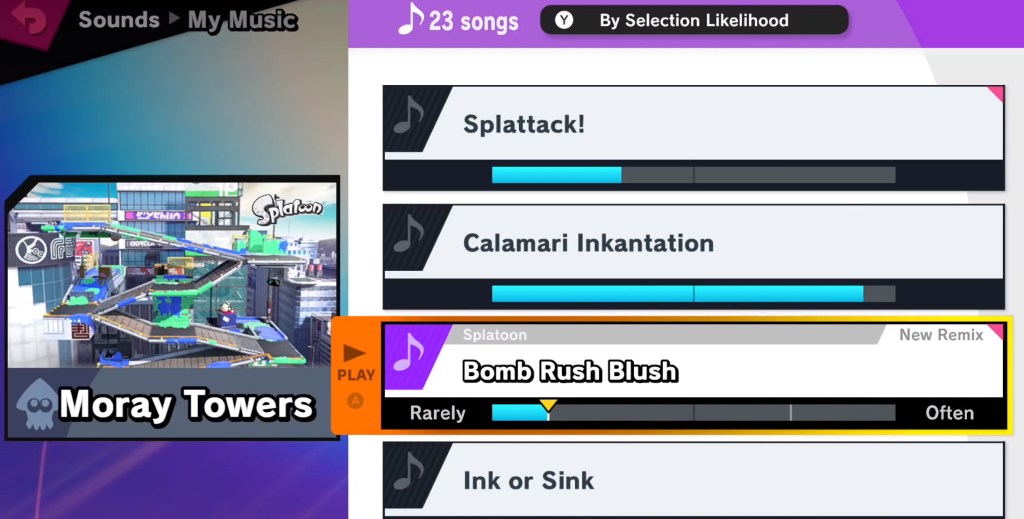 You pick the rules for a match before fighting. You can quickly select your rules set from your previous session with the push of a button. You can now choose to have the last match’s loser pick the next stage.

Final Smashes are the game’s strongest attacks. In the past, you can only get them if you break open a Smash Ball item that floats around the screen. It appears randomly, so getting a Final Smash takes luck. A new option will give fighters a more traditional charge meter. You can fill it up during a match and then unleash a weaker version of your character’s Final Smash.

We also got a look at the main menu. It also has blurred-outmode that Nintendo isn’t talking about yet. 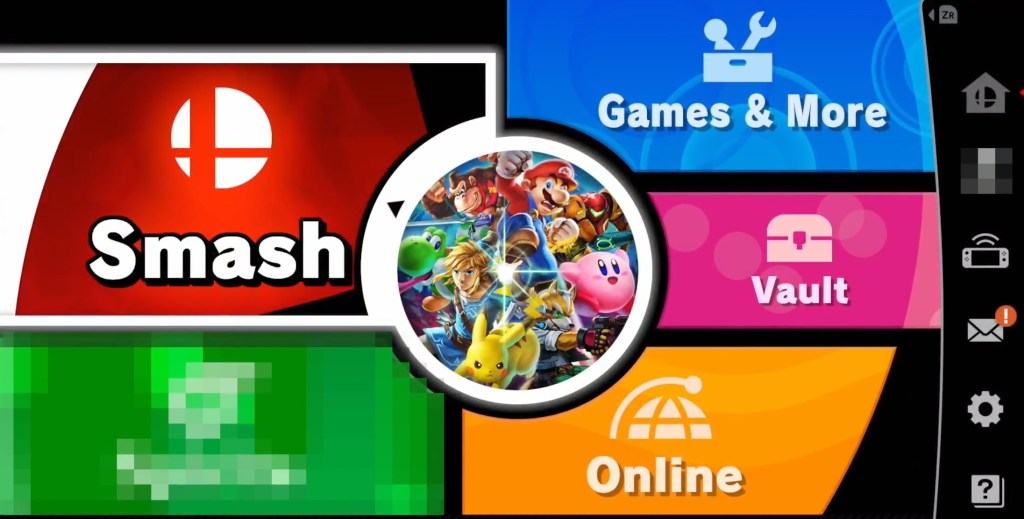 Squad Strike is a new mode where you select teams of fighters in an elimination style. You can choose 3-vs.-3 or 5-vs.-5 Squad Strikes. Ultimate will also have a built-in tournament mode for up to 32 players. Smash Down makes it so that after each match, all fighters people played as will be unavailable in future fights. An enhanced training mode will show new details, including distance characters travel when hit.

Classic Mode returns. Each character will have specific rivals and challenges that they go through in this single-play experience.

New items include a banana gun, Death’s Scythe from Castlevania, and the Rage Blaster gun. New Pokémon include Abra, Ditto, Lunala, and Mimikyu. New Assist Trophies include Zero from Mega Man X, Knuckles from the Sonic series, Gray Fox from Metal Gear Solid, Shovel Knight, the Moon from The Legend of Zelda: Majora’s Mask, Rathalos from Monster Hunter, and Krystal from Star Fox.

The Last of Us Remastered Sony Playstation 4 PS4 Game