The Roku Channel – Roku’s home to free, ad-supported content like movies, TV, sports and news – is expanding to include subscriptions. Essentially Roku’s own take on Amazon’s Prime Video Channels, users can now opt to add on some 25 premium video subscriptions within the Roku Channel, centralizing their access to streaming services in one destination that will become more personalized over time.

Offering a centralized place to subscribe to paid content is a fairly significant change for Roku’s platform where, historically, viewers would download and add apps (“channels,” in Roku’s lingo) to their Roku homepage for each service they wanted to watch. Some of those channels require subscriptions, like Netflix and Hulu, while others offer free content.

Roku in fall 2017 began to aggregate the free content from the various channels across its platform in its own Roku Channel, and combined that with content it licensed directly from studios. The Roku Channel initially featured free, ad-supported movies, giving Roku a way to further grow its advertising revenues.

Over the past year, The Roku Channel expanded to include news, sports, TV shows and other entertainment offerings both from traditional studios and digital networks. This pushed the channel to become one of the top five most-watched across the Roku platform.

Now, instead of being only a home to free content, The Roku Channel is working with video partners to offer an alternative way to watch their programming.

“We’ve been focused on ad-supported content and will continue to have a very robust offering there. But there’s lots of great content that’s available only in subscription services,” explained Roku’s Vice President of Programming, Rob Holmes, as to why Roku wanted to introduce paid subscriptions. “We also wanted to try to improve the user experience in a lot of the same way that we did with the launch of The Roku Channel around ad-supported content,” he said.

When you enter The Roku Channel, you’ll be able to explore the premium subscription content before making a decision as to whether or not you want to sign up. That’s a better experience than offered by some subscription apps today, where you’re presented only with a splash screen that directs you to sign up to see the content or offer a very limited view of their programming.

If you choose to subscribe to a premium network via the Roku Channel, you can use the payment card that’s already on file with Roku. Basically, you click a button and then confirm the subscription (in case you clicked by accidentally sitting on the remote), and then you’re signed up.

This method makes it easier to add and remove subscriptions, for those who follow individual shows and want to turn their subscription on and off, timed with the release of new seasons.

The subscriptions also support 7-day free trials, trial expiration reminders, and are billed together on a single statement from Roku monthly.

Also of note, when you subscribe to networks through the Roku Channel, you’ll no longer have to download the network’s standalone Roku app to watch. Instead, your subscriptions will get their own area inside The Roku Channel, making it more of a one-stop shop for your streaming services.

The networks will be shown both in The Roku Channel’s homepage, and they’ll each get their own tab in the channel, too.

In fact, you currently cannot choose to watch in the network’s standalone Roku app, we understand. Over time, some networks will offer authentication for Roku Channel subscribers, but that’s not the case at launch.

Of course, this begs the question – if you can’t authenticate with the network provider, does that mean you won’t be able to watch the channel’s content, except on a Roku device?

As it turns out, you can. 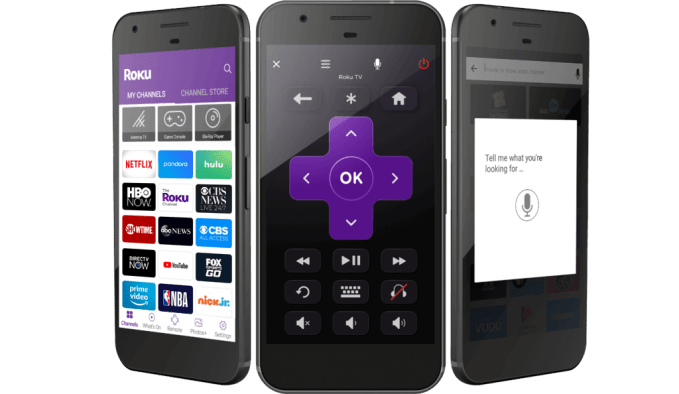 Over time, Roku’s plan is to better personalize your subscriptions and recommendations. That means the shows you actively watch will be presented in the front of the queue, and Roku will be able to recommend content across services, based on viewing behavior.

Roku says it will add more partners to The Roku Channel over time. However, many providers will not participate because they want to own the experience, end-to-end with their customers. They also may not want to share a cut of subscription revenue with Roku, as is required today to be promoted as a subscription add-on within The Roku Channel.

For the time being, Roku doesn’t plan on expanding from premium subscriptions to offer some sort of core package of subscription programming the way live TV services like Sling TV or YouTube TV now do.

“I think where we are today is really focused on these à la carte subscriptions,” Holmes said. “Ultimately, from a user standpoint, there’s a lot of value in being able to pick and choose exactly what you want to sign up for – without having to sign up for one of these base packages to start with. That’s how we think about it today.”

Support for subscriptions will begin to roll out to The Roku Channel starting later this month and will complete the phased rollout by early 2019. The new mobile app will launch in late January, as well.